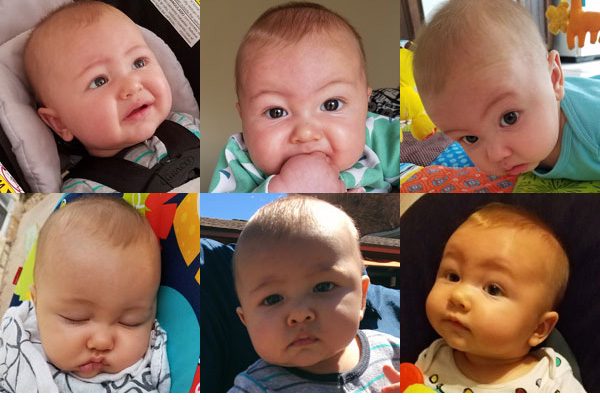 This week Bennett showed his sense of humor. Sam, his dad, shook a bag of sunflower seeds in front of him and he was startled by the sound, maybe even a little scared. At first. But a moment later, Sam shook them again and Bennett launched into laughter for several seconds. Sam shook the seeds again, and Bennett laughed again. In fact, he continued to laugh at those sunflower seeds, each time Sam shook them, for 3 minutes. Baby laughter is like pure delight. It’s healing. All the unconsolable crying is forgotten.

Later that evening, we shook them again. He was over it. My thinking is that it was the startle that set his laughter off, the initial fear followed by a sense of relief, when he realized his fear was unfounded. This the the start of cognition, mixed with instinct, I think.