Significant Other, an essay on love

It’s not exotic, it doesn’t roll off the tongue. Its clunky construction forces analysis: Just what does it mean?

My Significant Other and I are of the age where there is simply no artful way in which to refer to our liaison. Boyfriend/girlfriend seems to youthful. Husband/wife would be a lie. Partner suggests that we’re gay, and sweetheart ignores the complicated nature of romance after children, of coupling after divorce. 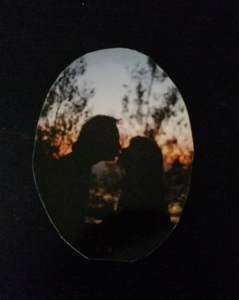 Our lives already formed, our nurturing instincts fulfilled, we have found each other among the dwindling pool of potential candidates, an unlikely feat in and of itself especially in New York City. And as set in our ways as we both are, it’s no surprise that three, then five, seven, and now nine years have gone by and we still live separately, still cling to our own possessions—bed, books, lighting, alarm clock, and favorite shower head.

We “date” perpetually, even though we know neither one of us is going back out there to prowl. Our families wonder what’s wrong with us, why we don’t get married but “see” each other. But they should know by now – we are both reaped by heaps of baggage that has accumulated over the years, like our failed dreams, our bad habits, our selfishness, our fear: Things almost too precious to part with. And, in reality, we’re probably not meant for each other.

What we are meant to do is keep one another company. My Significant Other and I live on the same street. We each have our own apartments, we each have satisfying careers, and we each have grown children. The experience of divorce, being what it was for us both, makes it highly unlikely that we’ll ever get married, and yet there is a co-dependence that sometimes resembles the metaphor for marriage: tree branches gnarled together after a storm.

We maintain a quasi-intimacy with a “drop by anytime” policy, and hold keys to each other’s place, but we also have a keen sense of when it’s time to leave one another alone. In our many years together, we’ve spent weeks all cozy without a break, and we’ve spent weeks incommunicado. We’ve run into one another on our shared street and paused to kiss, and we’ve passed each other on the sidewalk, eyes deliberately fixed to the concrete. Our neighborly proximity ensures, ironically, what the institution of marriage does – that we’ll see each other, regardless of mood, desire, or agenda. 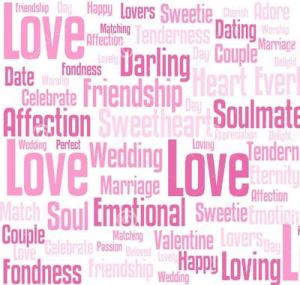 One year after we began “seeing” each other, I took my S.O. to a family celebration for my parents’ 50th wedding anniversary. There, S.O. had the opportunity to schmooze with my Canadian cousins, my sister and her brood, and the neighbors who had watched me grow up. As the only couple in attendance who were not married (as well as the only couple from Manhattan, the Me Capital of the World) we were subjected to some interrogation as to our future. It would have been all the more bearable, I suspect, were it not a celebration of the longevity of my parents’ successful partnership that has resulted in five grandchildren and life beyond 80 for them both.

“So, are you and he going to get married?” asked my Toronto cousin, who actually meant Is he really your lover or is he a Rent-a-Date?

From my sister, I got “How long has he been divorced?” Which, knowing my sister, meant Is he still having sex with his ex-wife?

“Myrrhine’s father (my ex) is remarried, isn’t he?”asked my brother-in-law, who really wanted to say what he wholeheartedly believes: Your divorce was your fault, wasn’t it?

Although I’ve never met my S.O.’s ex, nor he mine, I saw these questions as apropos of the the romantic institutional belief, even insistence, that relationships must move forward at all costs, that they must ‘go somewhere’ or else that they are all smoke and mirrors.

Our own relationship as Significant Others has developed its own informal rules: Where exes are concerned, keep them at a distance. As an S.O. in someone’s life, you will always hold just a bit less stature than the “One Married and Mated with.” Whether we believe it or not, that notion that the former spouse was “better” will always rise to the surface like the bloated corpse and foul the air in the room.

At one time, early on, I thought about finding the marrying kind. It was not long after I read the novel Earthly Possessions, by Anne Tyler, about a kidnapped wife who ponders her marriage. I, too, began to feel that perhaps there had been just one too many “No’s that had slipped from his mouth. But it began to dawn on me after seven years together, that loved ones are persons he feels responsible for and, in better moments, feels sentimental about. And I came to see the beauty in that. The slightest disturbance can set him off worrying about me. The loss of my touch can, at times, sadden him beyond measure, especially when he travels for business. My anger can act like stingers on his tender thoughts, can lay open the bone.

And yet the piece of paper, the marriage certificate, eludes us for a sense of independence that we both seem to need.

Like when he eats soup right from a can, when I simply rejoice that I can leave him to his yucky habits and come home to my dog (which he doesn’t always appreciate either).

Don’t get me wrong. Over the years, I have come to realize the negative side to remaining an S.O. There is the question of finances, and a certain stability. And we’ve let the desire to create a family unit pass us by.

And yet we give up the breathless tap dance for one another nightly, calling regularly, and sharing our gazettes from the day. A few nights a week, we stay together. I put up with his waxing waistline, and he tolerates my waning sex drive. At night in bed, sometimes he sings country western songs, like Rose of San Antone’ and Good Night Irene. He recites lines from Shakespeare while I do crossword puzzles. He complains when I keep the light on, but I just tell him to “Seal thy lips and give no words but mum.”

Are we emulating the thirty-somethings of today? Are we the baby boomer version of the ‘non-commital’ convenient relationship? Or is this non-institutional relationship a phenomenon of the decade of the liberated woman from which I come? So many of us were the first to be economically independent, the black sheep of our families who flocked to New York or elsewhere with big dreams of fame and fortune, above marriage and children. Does being a S.O. instead of a husband or a wife help us see ourselves as perpetually youthful? Quasi-maverick?

Relationships may be legally guaranteed by institutions. Mother. Father. Husband. Wife. But they are not made by them. Rather, they are made through the mundane chores of daily life together, daily routine.

Tonight my S.O. is making dinner for me at his apartment. It’s nice to be with a man who can cook. His pot roasts are savory, his rosemary potatoes perfectly browned and seasoned, his choice of red Bordeaux displays his knowledge of fine wines. The dining room table is set when I arrive.

In contrast, the maelstrom that is his kitchen is shocking, then numbing. His recyclables are piled high in one corner and set on the floor surrounding the full container. Bags of trash have not been taken to the basement. He is dumping his cooking dishes into the utility sink, and I know they’ll still be there a week from now. Gravy spillage has formed small lakes on the surface of his stove, dripping into the burner covers. The oven is wedged shut with a piece of wood that he pounds in with hammer next to the stove. And his floor hasn’t been washed in who knows, maybe two months.

I take a sip of wine and turn away. Not my mess. I return to the dining room and put on some fifties jazz.

Soon, he enters with two delicious plates of food, putting one down in front of me. Home cooking that smells like heaven.

I tell him about the essay, and ask him how he refers to me, when he mentions me to his friends.

“Why do I have to call you anything?” he says. “This is a silly notion.”

Well, what should I say when describing you?”

“People will ask me who you are, and then I’ll have to come up with a word. How about my ‘boo’?”

He scrunches his face. Too ghetto, I realize.

“Well how about my Baby?”

“Please. I don’t want to think of you as my mother,” he replies.

He hesitates. “A man can’t be a squeeze. You’re my squeeze.”

Right about this time, I give up. I focus on the warm air wafting from the broken oven. We chew on sprigs of rosemary and laugh at the bad singing of his upstairs neighbor. We have a second glass of Bordeaux, smile at nothing in particular, and sit comfortably in the lull.

But in the end, who cares?