Review: A boy, a dog, and a song that brings tears

Posted on June 17, 2015 by Janet Sassi
For dog lovers, here’s a bit on “Old Shep” recorded by Elvis Presley in 1956.
The song, a sad, sentimental ballad about a boy and his dog, was originally written in 1933 by Red Foley and Arthur Williams. Foley wrote it as a tribute to his own dog and he recorded it some years later. 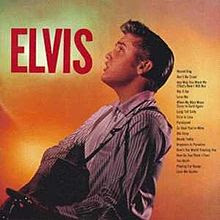 But it was Elvis Presley who made the song a classic with his moving, melancholy rendition that that brings a lump to the throat of just about all dog-lovers, and tears to the eyes of many.
Elvis first sang the song as a 10-year-old boy at the Mississippi-Alabama Fair and Dairy Show in 1945, for which he won a five-dollar prize. He was a 21-year-old sensation when he added the song to his second studio album, simply titled Elvis.
“Old Shep” mimics a classic trope that goes back into the beginning of human history, as far even as the epic poem The Odyssey, where Ulysses’ dog waits for decades him to return from his adventure and then dies once he is home. In the 20th century, the boy-and-his-dog story was popularized on radio (Rin Tin Tin) and television (Lassie) during the golden age of broadcast entertainment. Even today, the story of a boy and his dog remains a classic.
Although many country singers have performed the song—Johnny Cash, Hank Snow, Dave Dudley, Pat Boone, Arlo Guthrie, Ramblin’ Jack Eliot—I believe Elvis’ 1956 version best captures the ache and heartbreak of a young boy who must deal with the consequences of a dog who is dying. Always capable of expressing yearning, Elvis sings “Old Shep” with haunting, serrated inflections that linger in the echo and create the sound of a memory, a deep recollection of something that has been lost, and in a way that all listeners can relate to. As the boy recalls the day he is told his dog is dying, he slides into a valley of grief and then rises to do the deed required of him, until we all feel his finger waver on the trigger.

With hands that were trembling, I picked up my gun, and aimed it at Shep’s faithful head. I just couldn’t do it, I wanted to run. I wish’d they would shoot me instead.

In 2014, Rolling Stone magazine named “Old Shep” #10 on the list of The 40 Saddest Country Songs of All Time.
But why take their word for it?

This entry was posted in Uncategorized and tagged elvis presley. Bookmark the permalink.

2 Responses to Review: A boy, a dog, and a song that brings tears