Traveling cross-country, each time I see a Descanso I wonder about the story. Who died? What happened? Were they young? Old? At fault? An innocent victim?

Descansos are rare on interstates, and some states have banned them. But here in New Mexico, especially among folks of Mexican descent, the Descanso is a ritual, a symbol marking someone’s journey from this earth, and they are found far and wide on the roadsides. The personalized crosses are uniquely cultural expressions of mourning. They stand as an eternal remembrance for a friend or family member who lost their lives unexpectedly on the road, and usually mark the spot where an accident has happened. In this state, it is widely shunned upon to desecrate or remove a Descanso from its location, even among highway workers.
For years, I’ve driven right by Descansos. I didn’t even know there was a name for them. However, during this barren spring they’ve beckoned me from the sides of the roads with their color, beauty, creative detail, and the preciousness they hold for those who care for them as if they were grave sites.
Not surprisingly, many of the victims are young. Some of those memorialized died years ago, yet the crosses are still tenderly cared for. Like headstones, Descansos reckon us with our own mortality, Their fleeting, drive-by nature mean’s they’re often unseen, but when we catch a glimpse their message is clear.
With all that’s happening in the world, it has seemed like a good time to pull over and say a prayer. 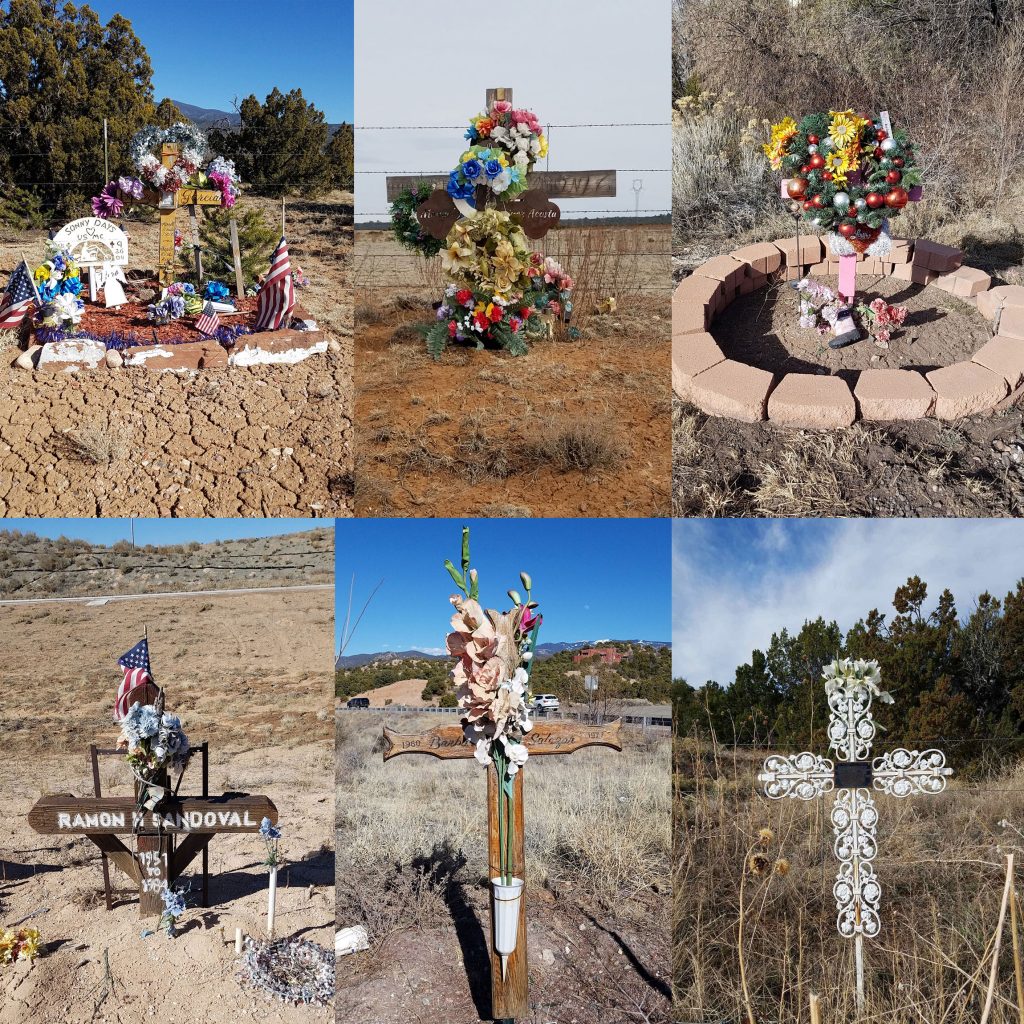