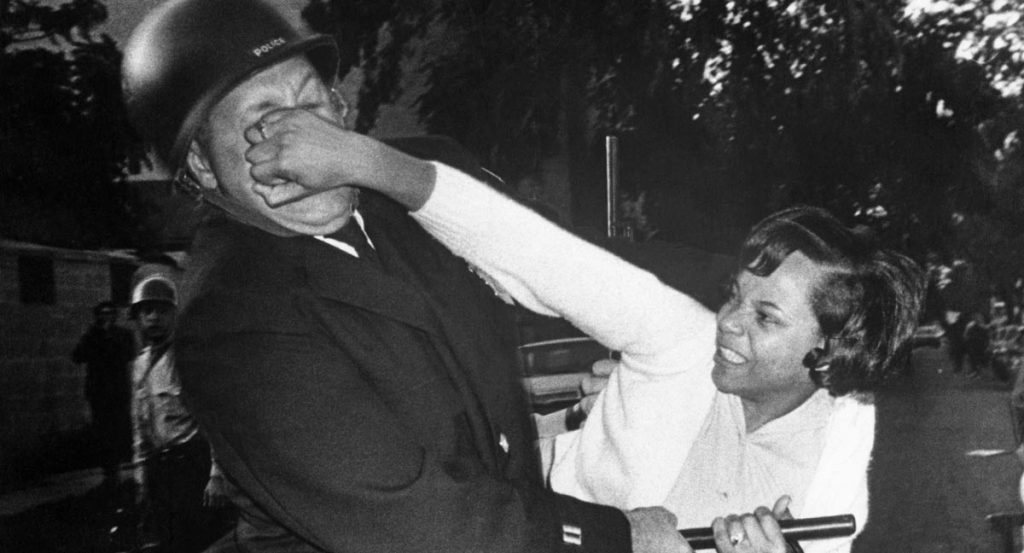 I was 13 during my first riot lockdown. It was the summer of 1967 in Milwaukee, and, like dozens of cities across the U.S., race riots in poor neighborhoods were claiming lives and property. On July 30, a fight somewhere in the inner city sparked a small riot when police showed up. Bystanders pummeled them with bottles as they tried to do arrests, and for the next 4 days, Milwaukee was under siege, and in record hot temperatures.
I spent a lot of that summer at a local park playing chess, tetherball, hanging out with skateboarders, and keeping company with the more colorful kids in my white working-class neighborhood. I wasn’t interested in politics or social problems. Nevertheless, when the lockdown came, my brother and I were trapped in our back yard, helping my dad clean paint brushes and sort out metal scraps. In the early morning hours of July 31, three people were shot. One of them was a white officer who died, and one was a black citizen who died. I had no reference point for what was happening in my world.
My dad worked in the inner city as a contractor and he knew a lot of black people. I asked him a question. “What are the blacks so mad about?”
“They don’t even know,” my dad said. “They’re just crazed.”
I wasn’t satisfied with my dad’s answer. It seemed as if he wasn’t seeing what was unfolding before our eyes. In all, 4 people died in 3 days. We experienced so much race pain, and I went about finding out answers for myself. Reading stuff. Asking others. Today I’m still finding out. Each decade, new feelings and realizations come my way about race relations in America. And now it’s 2020. Streets are filled again and it’s summer again.

Here’s what my life has taught me: That riots and protests have been major catalysts for ending race discrimination in our unjust society. As the summer of 1967 bled into the fall, more protests ensued in Milwaukee, led by a Catholic priest named Father Groppi. In the following year, when assassinations claimed Martin and Bobby, even my dad couldn’t dismiss certain truths. Eventually, our government passed legislation on fair housing, and protesters began to see their efforts pay off. Change comes about. It is slow, but it is real.

What’s happening in the streets now is the price for change. Clashes with authorities, property destruction, injuries, and deaths will yield to changes that make ours a more just system. It seems to be the only way that we Americans stop, listen, and hear one another.